Surrendering to wonderment’s draw, exploring an unconventional science.
Wonderment is the single word I would use to describe Richard Kirk’s artwork. His works have a fantastic tendency to lure you in, leaving you spellbent, awestruck and fully fascinated. Many areas of his compositions contain microcosms of the macrocosmic whole. Richard’s work not only parallels a creation nature; it is forged by it. Almost every being Richard creates is layered or clothed with natural elements, such as animals, shells, insects, mushrooms and plants. Gawking at a very high resolution scan in my studio, I was awestruck by the beauty and strangeness of his 2011 drawing “The Unaccountable Absence of The Wastrel.”

Much of Richard’s work seems to be guided by unconscious, spontaneous and unexplainable ideas. I have researched and examined the “Wastrel” piece several times since its creation. When writing about the Wastrel piece on his website, Richard simply states: “This piece is about losing yourself.” With an advancing curiosity and intimidation about what I was getting into, I decided to ask Richard: Which definition of Wastrel are you expressing? Why are they unaccountable and/or absent? Richard responded with:

“Wastrel has to do with someone who has spent their life in pursuit of things that society deems transgressive or socially unacceptable. They tend to fall beneath a cloak of invisibility and in effect become unaccountably absent. The Wastrel piece takes that idea one step further, suggesting that as they become absent in one realm, they become present in another. The figure’s attributes represent the cost, loss of identity, loss of home, place etc… Loss of identity in fact becomes another kind of identity. What kind of something is nothing?”

The Wastrel piece is very synchronous. On a personal level I wonder about “losing oneself” in order to truly “find yourself.” Becoming present in both realms, rings with overcoming duality through wholeness. “What kind of something is nothing?” is reminiscent of my own battles with certainty and how vast areas of nature are referred to by many as “nothing.”  I do wonder whom specifically Richard is referencing. Whoever it may be: himself, another or many, the insightful piece is deeply thought provoking.

Within Richard’s reflections I see an unconventional scientist, story teller and naturalist. His elegant ornate pattern reminds me of 17th century line art plant books. This was a fascinating exploration which I worked on intensely, very much like reading an unbelievable book. Forcing the Wastrel to see it’s own reflection produced a surreal metamorphosis. Profound change occurs while crossing the threshold to new realms. 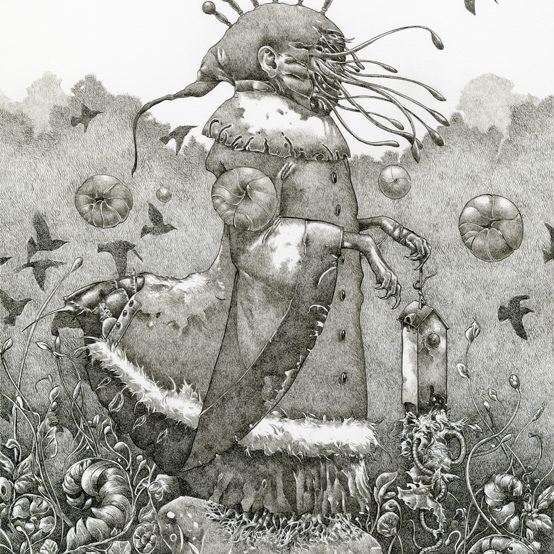 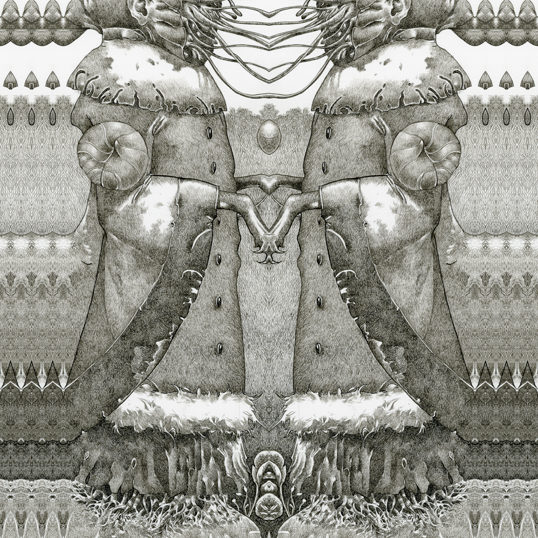 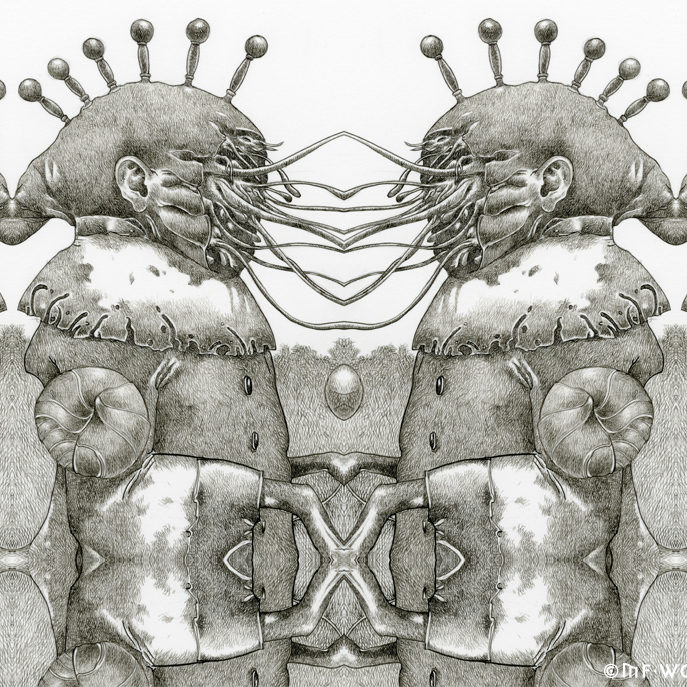 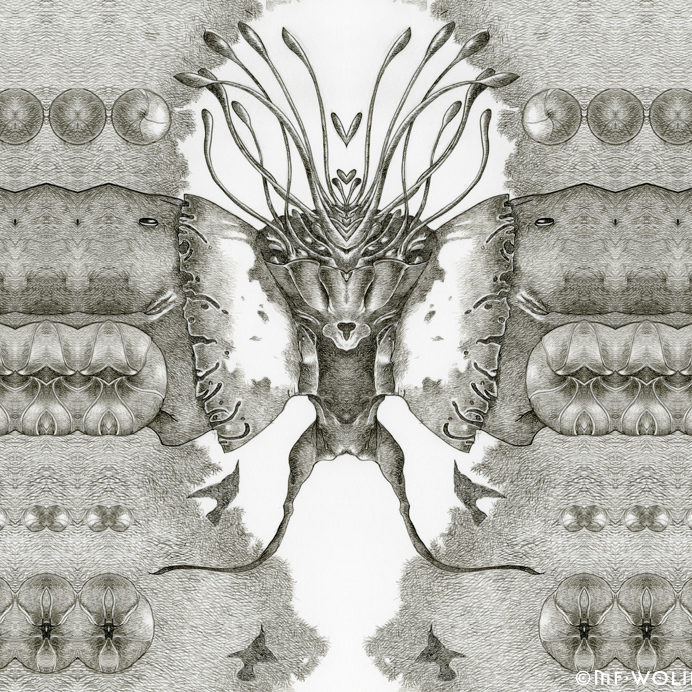 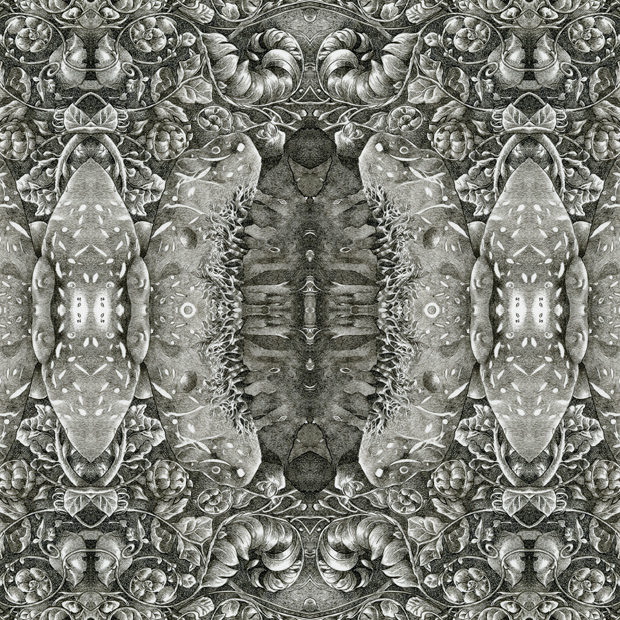 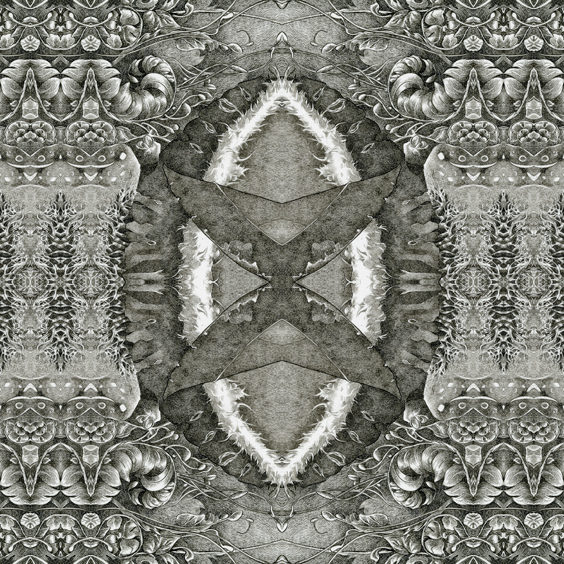 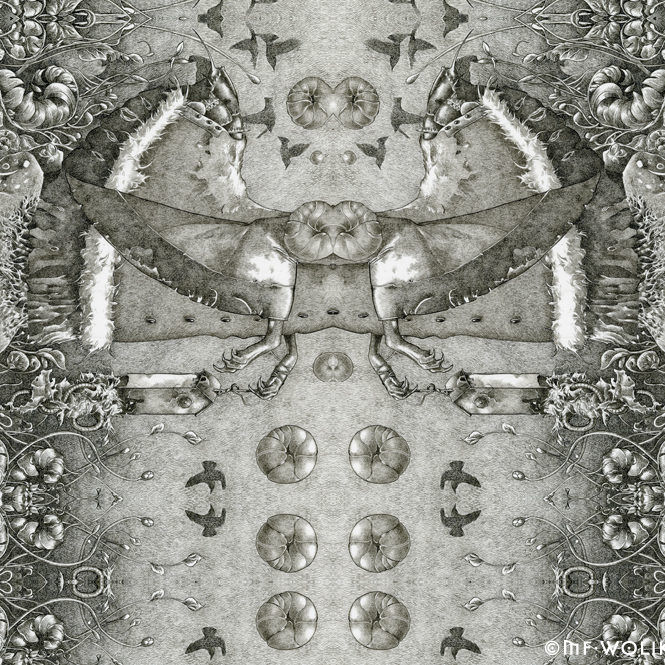 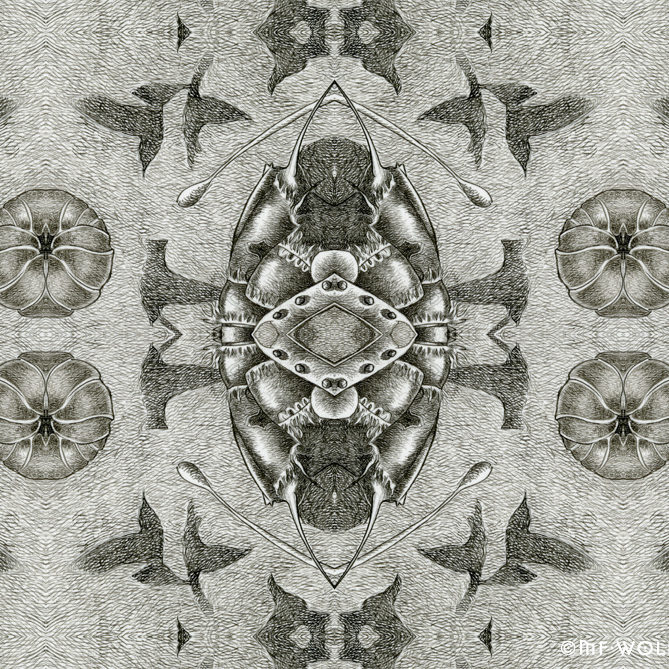 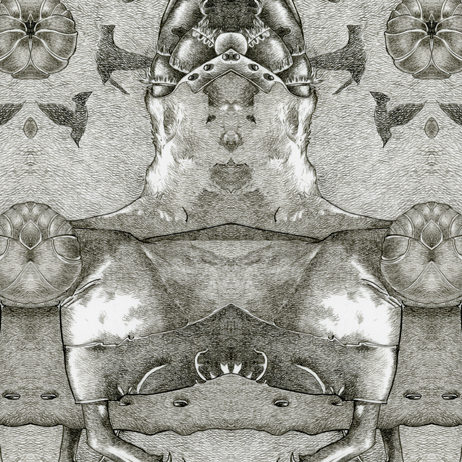 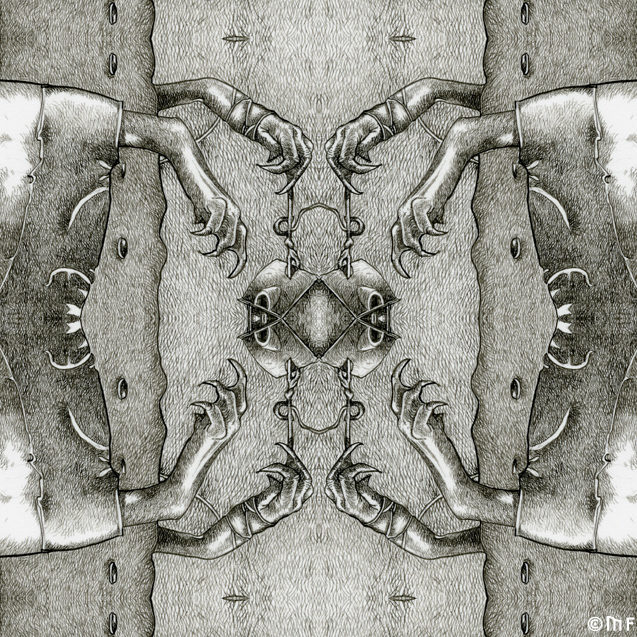